Bobrisky: Biography, Before & After, and Net worth

Bobrisky, is a Nigerian internet personality, crossdresser, actor and entrepreneur of which any active Snap chat user must have heard of or at least seen a couple of his picture because he is known for his social media skill most notably with the use of Snapchat, a social media application. He is the male Barbie of snap chat in the Nigeria sphere and also the most popular Nigeria on the social app.

Born as Okuneye Idris Olarenwaju (popularly known as Bobrisky) was born on September 1st, 1992 in Ebute-Metta, Lagos State, Nigeria, He is in his mid-twenties. He’s a native of Ogun State. The Nigerian male Barbie grew up in an ordinary average polygamous family. His father is married to three wives, and the celebrity is the youngest child. He started fending for himself when he turned 16 and as a child, his mother repeatedly beat him for his feminine inclinations. The superstar also disclosed that his mother once hired hooligans for him. Bobrisky is a social media superuser and also an entrepreneur. He finished as a secondary school student from King’s College in Lagos State, Nigeria. He’s a graduate of UNILAG (University of Lagos), where he bagged his Bachelor’s Degree in Accounting. Bobrisky started his business of buying and selling clothes by capitalizing on his sense of fashion, and he got his funds from tutoring people on the various trending dance steps as he was a choreographer and also attends various dance events.

Bobrisky’s makeup started right from his days in the university, where he would apply modest facial makeup and wear women’s attire and deceive men in clubs and bars, but always decline when an admirer expressed a desire for intimacy. He received the title of Best Dressed Male at his faculty and the University of Lagos soon became the star of the campus. Part of his business strategy then was to dress unusually to attract mostly female customers to his store. Due to his controversial nature of social media; especially on Snapchat, he was able to pull in traffic to his account, building him a large social media follower base. Bobrisky is a bleaching cream specialist. He also deals with cosmetics and all things facial fashion. Particularly, he got a lot of people rushing to his Snapchat page when he claimed he had a lover who was assumed to be male gendered despite the fact that Bobrisky refers to the lover (his lover) as “Bae”.

Before and After of Bobrisky

The Snap chat celebrity’s skin colour was just as dark as most dark people you know or have a relationship with before a transformation of complexion came, and he suddenly turned white. According to him, it was a business strategy but more accolades for his bleaching cream expertise. Through this singular action, Bobrisky came into the limelight via social media and he gained a lot of haters as well as a lot of admirers, lovers and fans. Bobrisky was a businessman from Ogun State who now resides in Lekki, Lagos. He deals on whitening cream and plans to be a big competitor of Dencia Whitenicious.

The famous celebrity ( Bobrisky) has on several occasions said that he does not care about the rumours of his sexuality nor will he waste his time firing or replying critics and once posted on his Facebook page that as far as he is counting his millions, helping people, and also paying his tithes to the lord, then he is totally fine. Most Nigerians believe and think he is a gay as he continues to mention a mysterious person as a sponsor and boyfriend. The celebrity has been trending on snap chat for months now, and has nothing less than 22,000 views every day, especially with his fans and lovers always wanting to know the latest about him and to find out on his claims about his bae. Bobrisky’s mysterious bae after a while was known as Africa’s fourth richest man, who reportedly gave him #7million and a Benz of which Bobrisky posted pictures of the car and money after withdrawal. Bobrisky is well known as a fashionista, who likes to chat dirty and post raunchy kinds of stuff, nevertheless, his fans love him all the same.

He became recognized by being highly controversial on social media. Bobrisky was able to gather traffic to his Snapchat account when he claimed he had a lover who is assumed to be of masculine gender despite the Nigerian constitution at that point in time which made such same-sex relationships an offence punishable by serving 14 years in a penitentiary.

Bobrisky, by virtue of his character introduced into the Nigerian society a set of ethics and morals which are not aligned with the Norm (social) of the nation Nigeria and so, he has been received with mixed feelings as he has a fair number of fans and critics alike. On a notable occasion, a Nigerian presidential aide for reasons best known to him walked out on sight of Bobrisky at the residence. Bobrisky however, as stated above does indeed have his fair share of fans and thus, has been asked by certain event planners to come to give a speech at their events.

The celebrity is one amongst those who courts controversy, and amazingly he always seems to get away with it before long. Despite the fact that his homosexual innuendos do not align with the norm of the country, the acclaimed king of Snap chat has been a media sensation. His words and social media posts are extremely controversial. He was once arrested by the Lagos State Police Command at Lekki shortly after he publicly announced that he is gay. Although his claims were that he was actually arrested following a petition that was written against him by rival and entrepreneur, Toyin Lawani.

Bobrisky ( The social media drama queen) bought a five-bedroom, duplex in the Lekki Peninsula area of Lagos State, early 2017 and held a housewarming party which he took to his Snap chat page to show off the different sections of his house, revealing that it took him about 12million to decorate/furnish the interior of the house. On one occasion, Bobrisky self-declared his net worth; he boasted of having 40million in two of his bank accounts and still hustling to become a billionaire before the age of 30. He also said his cosmetic store is worth 30million. Bobrisky’s net worth currently stands at N75 Million+. His net worth is not an accurate representation of his total worth, but a range representing the asset worth of social media sensation, Bobrisky. His income channels include his business, advert deals from companies and more.
bobrisky agebobrisky beforebobrisky imagesbobrisky old picturesbobrisky parentsbobrisky videohistory of bobriskyhow old is bobrisky
2 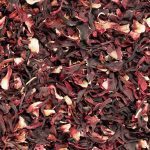 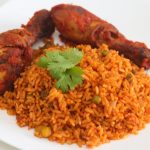