Blackberry Limited has sued Facebook and its subsidiaries, WhatsApp and Instagram for allegedly infringing on the patents of the Blackberry Messenger, referred to as BBM. Blackberry Ltd believes its BBM was a breakthrough in what the world knew as a mobile messenger and mobile communication, incorporating status updates, message time stamps, tagging of friends.

The company feels Facebook and its subsidiaries have unlawfully used its intellectual property which made its Blackberry product a commercial success and has caused harm to the company. Blackberry features were so unique, the smartphone was chosen over other superior phones, time and time again.

Facebook is one to clone rival app features, this is visible as it clones Snap Inc’s live feed and story feature on its Facebook live, Instagram live, Instagram story and WhatsApp story. Blackberry was once top competition in the social networking world as it pioneered majority of social networking niches today but failed to adapt speedily to new innovations. The lawsuit is relevant, but it begs the question “Why now?”. Could it be that Blackberry needs this lawsuit to remain relevant or lay claim to or continue to ride on its past glory and prominence? 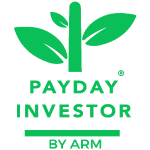 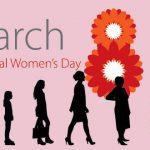