There are so many secondary schools in Lagos (public and private secondary schools) that claim they are the best and imbibe the best skills and values in their students. You can find a school in every nook and cranny, literally. Unfortunately, there are still numerous kids who cannot go to school for one reason or the other. The majority cites the reason of financial constraints. All that appears glittery certainly is not gold because some people who have the opportunity to go to school end up just as uneducated as his/her peer who didn’t.

Education goes beyond reading books and passing exams, education is not about the classroom only. In its literal definition, Education is the process of facilitating learning, or the acquisition of knowledge, skills, values, beliefs, and habits. Educational methods include storytelling, discussion, teaching, training, and directed research. Education goes beyond what you read and right, education is also behavioural and ethical. Asides that, the best friendships and connections are built in secondary school. The secondary school is a world on its own. Though schools which will top this list are expensive, students get their investment’s worth and more. A good school will place you on a high pedestal when applying for to tertiary institutions or other school’s home and abroad.

ALSO READ  Wedding on A Budget

A good school will not transform your child to an Einstein, however, it will teach its students to apply themselves in the most effective way for their own individual. A good school will ensure your child a home away from home with the utmost security of every form.  A good school will prepare you for the bigger classroom. When thinking of top secondary schools in Lagos, you navigate towards the renowned names of Kings College, Greensprings School, American International School and more.

Still breaking the boundaries of education, Here is the list of the best secondary schools in Lagos.

Greensprings School Lagos was established 1985 by Mrs Lai Koiki. The school started with just 8 students and today, educated over 2,000 students in both of its branches. It is a private school effectively running a British curriculum. Greensprings School started as one brand in the valley of Anthony village. In 2007 it expanded when Mrs Koiki opened a second branch of the school in Ibeju Lekki. The school’s motto ‘In love serve one another’ is the core of its services. Students are taught in a loving manner and are encouraged to serve each other with love. The school’s staff are passionate about the job, are skilled and filled with potential. Offering a range of subjects, the students at Greenspring’s school are not limited to books, programmes are put in place to allow students explore countries, philanthropy, cultures, art, careers, sports, and talents.  Offering day and boarding facilities, each student is studied by their teachers and notable talents/skills are encouraged and showcased to the world. At Greensprings School, policies are strict, and security is tight. The school is the alma mater of a lot of millennials defying their fields. The education is such that five students of the class of 2016/2017 ranked number 1 in the world and Nigeria in various subjects and records up to 98% pass rate in the IGCSE. The school also has a standard International Baccalaureate programme.

American International School is a renowned school in Lagos with a diverse population. The school was founded in 1961 and in the early 2000s, was the dream secondary school of every student wishing to go to a private school. The student population consists of 600+ students of whom approximately 30% are Americans. Students from India, United Kingdom, Nigeria, Canada, South Africa, Israel, Lebanon, and the Netherlands all makeup significant portions of our population while the balance consists of students from over 50 different countries, reflecting the international character of the school. With this structure, students have the opportunity learn other cultures. AIS has a very competitive nature. In the field of academics, sports and administration AIS is considered the triple threat. AIS entrance exams are known to be unbelievably tough and the school is known to choose quality services over quantity.

King’s College, Lagos is a secondary school in Lagos, Lagos State, Nigeria. It was founded on 20 September 1909 with 10 students on its original site at Lagos Island, adjacent to Tafawa Balewa Square. The school is an all-boys school and the alma mater of many pioneers and historians today. Although there was some female (A Level) HSC students before the establishment of Queen’s College Lagos, popularly known as the sister college, now the school conducts exams for the West African School-Leaving Certificate and the National Examinations Council. King’s College was established during colonial rule to promote the education efforts of the missionary societies. King’s College set the standard for most schools set up in Lagos, providing quality education for its students. King’s College conquers the world of academics, sports, and other extracurricular activities. In its time, King’s College was and is still regarded the most prestigious school in Nigeria, recording a 90% success rate in the 2015 WASSCE

Grange School Lagos is a private day and boarding school in Ikeja, Lagos, Nigeria.  Grange School was founded in 1958 by a group of British expatriates, to provide education of equivalent standard to that which obtains in the UK. The secondary school was launched in 1998 to further and ensure quality education of its students. The secondary school, therefore, continues into Key Stage 3 culminating in the Checkpoint Exams and Key Stage 4 which culminates in the IGCSE (International General Certificate of Secondary Education). Both exams are under the auspices of the University of Cambridge Local Examination Syndicate (UCLES). The school maintains a policy of 14-20 students per classroom. The school encourages students to participate in charity events as well as other extra-curricular activities such as chess, arts and crafts, swimming, tennis, football, theatre arts, performing arts and basketball. Grange is a school known to give power to its student body and have high academic standards.

British International School (BIS) is a British international school in Oniru Private Estate in Victoria Island, Lagos, Nigeria. It was established on the 1st of September 2001 and has rapidly developed to become one of the best in the state. The school has a mix of foreigners and Nigerian students from ages 11 to 18. Due to the diversity of its students, BIS offers a wide range of subjects, especially under languages. The school is known to be the one school that didn’t to open another branch to cope with its rapid expansion. BIS offers its student a platform where their students dare to dream. Ranked the most expensive school in Lagos, BIS students are known to be very good in the books and extracurricular activities. In 2013, Encomium weekly described the school as the most modern in Lagos. They provide adequate learning facilities and programmes which help students build their skills and be better members of society. In 2016, the school began to offer Key Stage 4 (A-level) classes. BIS has also produced record-breaking individuals shining in respective fields worldwide. 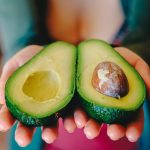 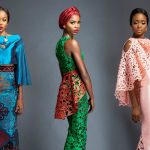