Atiku Abubakar is a Nigerian politician, businessman, and philanthropist. Born, November 25th, 1946, in Jada, Adamawa State, Nigeria, he served as the second elected Vice-President of Nigeria from 1999 to 2007. Atiku Abubakar served alongside former President, Olusegun Obasanjo, on the platform of People’s Democratic Party (PDP). Atiku Abubakar is a household name for those born in the early 2000s and before. Asides being a politician, he is a wealthy man. It begs the question about Atiku Abubakar’s biography, mansions, net-worth, wives, and marriage.

Atiku Abubakar was born to a Fulani father, Garba Abubakar and his second wife, Aisha Kande. Coming from humble beginnings, his life started in Jada village, present day Adamawa state. Named after his paternal grandfather, Atiku spent his early years lost his older sister in infancy, leaving him as the only child of his parents. His father died in 1957 after his parents divorced. Atiku’s mother remarried later before succumbing to a heart attack in 1984.

At the age of eight, Atiku Abubakar was enrolled in Jada Primary School. Prior to this, his father opposed western education and did his part in keeping him in a traditional school system. As education was mandatory for all kids at the time, when the authorities found out Atiku was out of school, his father was jailed for a few days and was released after Atiku’s mother paid the fine. In 1960, he was admitted to Adamawa Provincial Secondary School in Yola where he did well in English Language and Literature, struggled with Physics and Chemistry and Mathematics. He graduated with a Grade Three WASC/GCE Certificate in 1965. After his secondary education he went on to study at the Nigerian Police College in Kaduna, however, he had to withdraw after a short while due to his inability to present an O’level Mathematics result. He worked briefly as a Tax Officer in the regional Ministry of Finance, from where he gained admission into the School of Hygiene, Kano in 1966. During his time in the institution, he served as an Interim Student Union President and graduated with a Diploma in 1967. In that same year, he enrolled for a Law Diploma at the Ahmadu Bello University Institute of Administration, on a scholarship from the regional government. After graduation in 1969, during the Nigerian Civil War, he was employed by the Nigeria Customs Service, where his career began. Unknown to many he established the American University of Nigeria (AUN), the very first American style institution in Sub-Saharan Africa. Asides this, he has been involved in the donations of large sums, to initiatives and schools, as well as providing scholarships to students. 15 escapee Chibok girls are said to be beneficiaries of this scholarship. He also established the Atiku Abubakar Foundation which aims to provide orphaned children with the access to resources that crucially influence their ability to earn a suitable wage, maintain a healthy lifestyle and support their families.

Atiku Abubakar is a man with a large family, just like it is in his culture. He has four wives and about twenty-six children. In 1971, he wedded Amina Titi Atiku-Abubakar secretly at Ikoyi Registry, Lagos because her parents initially opposed the union. Together they bore four children. In January 1979 he married Ladi Atiku Abubakar, whom he later divorced after his fourth marriage allowing him to remarry, their marriage bore 6 children. In 1983 he married Princess Ruquayyat, his third wife, and daughter of the late Lamido of Adamawa. Together, they have seven children. He married Fatima Abubakar, his fourth wife in 1986 and together they have 6 children. His last marriage was to Jennifer Inwenjora, who now goes by the name Jamila Atiku-Abubakar and they have 3 children together. Recently, he gave out three of his daughters in marriage on the same day. In an interview, Atiku stated that his reason for opting for polygamy as a young man was to extend the Abubakar family and rid himself of loneliness. Growing up and only child made him so lonely and he never wanted that loneliness back in his life. His wives are his friends, brothers, sisters, and companions, so are his children.

Atiku Abubakar in his early days as a Customs Officer started out in the real estate field. His long list of properties in Yola stemmed from a 31,000naira loan he received in 1974 to build his first house in Yola. The house was placed on rent and the proceeds were used to buy more land spaces and build more properties and the chain continued. The former Vice-President delved into agriculture when he secured 2,500 hectares of land near Yola in 1981, to start a maize and cotton farm which failed and closed in 1986. Atiku then moved on to the trading, buying and selling of rice, flour, and sugar. His major breakthrough in business came as a Customs officer at Apapa Ports, when a Gabrielle Volpi, an Italian businessman invited him to set up Nigerian Container Services (NICOTES). NICOTES is a logistics company which operated within the ports. As time went by the company rebranded to INTELS. Atiku faced conflict of interest accusations due to his involvement in business while working as a civil servant, who exercised supervisory authority. Atiku Abubakar has defended his actions. According to him, his involvement was limited to the ownership of shares which government rules permitted, and he was not involved in the day-to-day running of the business. The accusations didn’t end there as after rebranding the company still featured prominently in accusations of money laundering leveled against Atiku Abubakar by the U.S. government during his Vice Presidency. Not stopping there, Atiku Abubakar‘s business empire also includes a beverage manufacturing plant in Yola, as well as an animal feed factory. Within his 20 years of service in the Nigerian Customs Service, he rose to the office of deputy director and retired in April 1989 to face politics full time. In his time Atiku has made a substantial amount of wealth for himself, wealth which is estimated at $1.4 billion dollars.

Atiku Abubakar’s first taste of politics was in the 1980s when he worked behind the curtains of Bamanga Tukur governorship campaign. Bamanga Tukur at the time was the Managing Director of the Nigerian Ports Authority. His duty involved donating to the campaign and canvassing for votes for Tukur. Towards the end of his career with Nigerian Customs Service, he met Shehu Musa-Yar’Adua who was second-in-command of the military government that ruled Nigeria between 1976 and 1979. This was his golden invite to political meetings and arenas. In 1989 Atiku was elected National Vice-Chairman of the People’s Front of Nigeria led by Yar’Adua to participate in the transition proposed by Ibrahim Babangida, then, Head of State to civilian rule. In the same year of 1989, Atiku won a seat to represent his constituency however, the Peop

le’s Front of Nigeria along with other parties were denied registration by the government, and the party found itself within the Social Democratic Party, which was decreed into existence by the regime. In 1990, he contested for the governorship of the former Gongola State, the state was divided into Taraba and Adamawa States. Atiku fell on the Adamawa side and was later disqualified by the government. In 1992, he contested for President, in the primaries and lost to M.K.O Abiola. In 1998 Atiku ran for the governorship of Adamawa state for the second time. Before he could be sworn in he was selected by the President-Elect, former Military Head of State, Olusegun Obasanjo as his Vice-President. He served as Vice-President of the Federal Republic of Nigeria from 1999 to 2007. In 2011, he contested for president and lost to Goodluck Ebele Jonathan. On February 2nd, 2014, Atiku moved to the All Progressive Congress (APC), he then moved back to the People’s Democratic Party (PDP) on the 3rd of December, 2017, stating decided to return home, now that issues regarding the party have been resolved. 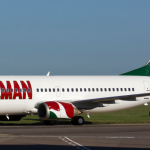 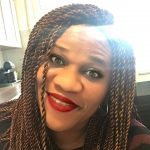