Asthma is a common long-term inflammatory disease of the airways of the lungs. It is characterized by variable and recurring symptoms, reversible airflow obstruction, and bronchospasm. Asthma is a condition that affects a large percentage of the world’s population. With numerous asthma causes, asthma attacks occur in episodes. These episodes may occur a few times a day or a few times per week. Depending on the person, they may become worse at night or with exercise. There is no cure for asthma. In 2015, 358 million people globally had asthma, up from 183 million in 1990. It caused about 397,100 deaths in 2015, most of which occurred in the developing world. Asthma often begins in childhood. With the ever-changing world and the increase in toxic level, the rates of asthma have increased significantly since the 1960s. Asthma was recognized as early as Ancient Egypt and the word “asthma” is from the Greek ásthma, which means “panting”. For a simple Asthma definition, Asthma is a condition in which your airways narrow and swell and produce extra mucus. This can make breathing difficult and trigger coughing, wheezing and shortness of breath. For some people, asthma is a minor health challenge, for more people, asthma takes a major toll on their health and daily activities. Whereas for the others, asthma literally took their last breath away. Yes, asthma cannot be cured but it can be controlled, therefore, it is essential to have regular check-ups so as to know your progress and changes your asthma may have developed.

Asthma symptoms vary and are dependent on the person. Some people experience symptoms once in a while, during specific activities or all the time. Asthma symptoms include episodes of;

Asthma symptoms in children are similar to that of adults however, they may occur in different situations and at different severities. They include:

Asthma is thought to be caused by a combination of genetic and environmental factors. Asthma causes like symptoms vary from individual to individual and place. Causes of asthma can be environmental, genetic or even medical. Associated with asthma causes are triggers, that cause attack episodes.

These factors include exposure to air pollution and allergens. There are many substances and compounds existing in the environment that can cause asthma. The environment is not limited to the physical living space, the womb itself is the first environment of every human being. Therefore, habits like smoking can lead to asthma-like symptoms is babies once they are birthed. Other potential triggers include medications such as aspirin and beta blockers and diagnosis is usually based on the pattern of symptoms, response to therapy over time, and spirometry.

Genetics is one major cause of asthma. Family history is a risk factor for asthma, with many different genes being implicated. These genes associated with asthma are inherited and further passed down to the next generation. Some genetic variants may only cause asthma when they are combined with specific environmental exposures.

There are many other risk factors that can cause asthma. These factors include being overweight, a smoker, exposure to occupational triggers, such as chemicals used in farming, hairdressing and manufacturing, allergic conditions like hay fever etc.

An individual who is diagnosed with asthma must take certain precautions to stay healthy and rid themselves from frequent asthma attacks or episodes in general. It is essential to not just know if you’re asthmatic, its severity and causes, it is also ideal to know the possible triggers of an asthmatic episode. Exposure to various irritants and substances that trigger allergies (allergens) can trigger signs and symptoms of asthma. These asthma triggers differ from person to person.

Though asthma has no cure, symptoms can be prevented. This is done by simply avoiding triggers, such as allergens and irritants, and by using an inhaled corticosteroid, popularly called an inhaler. Treatment of rapidly worsening symptoms is usually with an inhaled short-acting beta-2 agonist such as salbutamol and corticosteroids taken by mouth. In very severe cases, intravenous corticosteroids, magnesium sulphate, and hospitalization may be required.

In managing asthma, you must monitor your breathing and take your prescribed medication as directed. It is also key to observe which remedy offers quick-relief. Getting vaccinated for influenza and pneumonia will also do a lot for your health when managing asthma and above all, create and follow an asthma management plan. 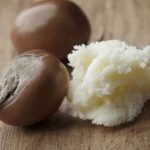 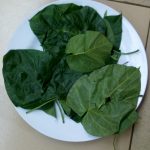