Anna Ebiere Banner is an ex-beauty queen, model, and actress born February 18, 1995. At just 18 years old, she was crowned Most Beautiful Girl in Nigeria 2013 by 2012 queen, Isabella Ayuk. Anna represented Bayelsa state and stood out from the very beginning. MBGN is her claim to fame as her name was on all media platform following her pageant victory.

As MBGN 2013, Anna Banner was appointed Special Assistant for Culture and Tourism by the Bayelsa state governor. Amidst this role, she set out to achieve her desired pet projects. Her primary focus was on health and education. The aim for her foundation is/was to provide scholarships for those who cannot afford a formal education, skill acquisition programmes and in terms of health, the focus was to be placed on cancer, breast cancer precisely. As queen, in interviews she expressed her desires start a clothing line and produce her own foundation. Anna Banner is not just beautiful, she is also multitalented. Anna loves to write, she writes poetry, factual stories, and articles. Also, she loves to sing though she doesn’t feel she’s that great a singer.

Anna Banner is one beauty queen who hasn’t had it all smooth since winning the title. After her reign as MBGN, she fell in love with Nigerian highlife star, Flavour. During this relationship, she got pregnant which led to her expulsion from the university in Dubai as pregnancy out of wedlock is not condoned. She gave birth to her baby Sophia in 2015. Her dream was to become a journalist just like Christiane Amanpour. Though there were talks of Flavour fathering another child with someone else at the same time, sticking to her principles, Anna kept the baby and braved through her circumstance amidst expressed disappointment by family members and the public.

In interviews, Anna has expressed her love for highlife singer, Flavour N’abania, as he is the father of her child. With not many details about her background, it is a fact that the ex-beauty queen is from a humble background. There have been hard times, however, her needs were always provided. Anna values family, blood-related or not. From her nuclear family to Silverbird family. Anna considers Ben and Guy Murray father figures and she considers her father a mentor, boyfriend, best friend and everything.

In recent times Anna has been off the radar, perhaps focusing on raising her daughter Sophia. However, her Instagram keeps up with amazing posts of herself, her modeling and her daughter. Her foundation ‘The Anna Banner Empowerment Foundation’ is aimed at empowering young girls who have lost hope due to the fact that maybe they are teen or young mums, abused and more. This is a great feat and in line with feminism movements which seek to empower the woman and rid women of biases associated with the female gender.

The pageantry was a stepping stone for Anna Banner. Since the fame, her life has become less hers and more, the fans’. Anna has gone from being in the spotlight to taking a back seat to focus on her goals and family. 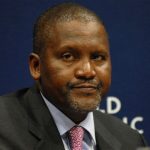 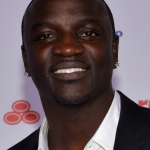