Amazon List of Top Books you should Read before you Die

Books are a compilation of one’s feelings, expression, History, Knowledge, and experience for the benefits of others, and for reference purposes. The dictionary defines a book as;
“A written or printed work consisting of pages glued or sewn together along one side and bound in covers”.

One of the biggest website where anyone can purchase anything of their choice known as “Amazon” has listed top books which they think one should read before they exit the earth. Books such as Things Fall Apart, Lord of The Flies, amidst others. Amazon which selected a team of book editors to compile the list of 100 Books to read in a lifetime. According to Amazon the reason behind this singular act is to be able to come up with a list that will cover all stages of life ( That is why you would find children’s books, Love book, history and the rest of them ).

Human lives, hopes, belives, varies and no such list can be comprehensive enough, but much talks and arguments the team eventually came up with with a list of favorites books due to the high request and purchase of those books. The oldest book on the list is ” Pride and Prejudice” by Jane Austen in (1813) and the latest published book on the list is ” Life after Life” by Kate Atkinson (2013). The Amazon Book editorial team plans to audit the list regularly in order to ensure that it always stays in cultural relevance.

1. A Wrinkle in Time by Madeleine L’ Engle
2. Alice Munro: Selected stories by Alice Munro
3. Alice in Wonderland by Lewis Carroll
4. All the President’s Men by Bob Woodward and Carl Bernstein
5. Angela’s Ashes: A Memoir by Frank Mc Court
6. Are you there, God? It’s me, Margaret by Judy Blume
7. A Series of Uncomfortable Events: The Bad Beginning: The Short- Edition by Lemony Snicket
8. A Long Way Gone by Ishmael Beah
9. A Heartbreaking Work of Staggering Genius by Dave Eggers
10. A Brief History of Time by Stephen Hawking
11. 1984 by George Orwell
12. Born to Run – A Hidden Tribe, Superathletes, and the Greatest Race the World Have Never Seen by Christopher McDougall.
13. Bel Canto by Ann Patchett
14. Beloved by Toni Morrison
15. Catch – 22 by Joseph Heller
16. Breath, Eyes, Memory by Edwidge Danticat
17. Gone Girl by Gillian Flynn
18. Goodnight Moon by Margaret Wise Brown
19. Great Expectations by Charles Dickens
20. Guns, Gems, and Steel; The Fates of Human Societies by Jared M Diamond
21. Harry Potter and the Sorcerer’s Stone by I.K Rowling
22. In Cold Blood by Truman Capote
23. Interpreter of Maladies by Jhumpa Lahiri
24. Invisible Man by Ralph Ellison
25. Jimmy Corrigan: Smartest Kid on Earth by Chris Ware
26. Kitchen Confidential by Anthony Bourdain
27. Life After Life by Kate Atkinson
28. Charlie and the Chocolate Factory by Roald Dahi
29. Charlotte’s Web by E.B. White
30. Cutting for Stone by Abraham Verghese
31. Daring Greatly : How the Courage to be Vulnerable Transforms the Way We Live, Love, Parent, and Lead by Brene Brown
32. Diary of a Wimpy Kid, Book 1 by Jeff Kinney
33. Dune by Frank Herbert
34. Fahrenheit 451 by Ray Bradbury
35. Fear and Loathing in Las Vegas: A Savage Journey to the Heart of the American Dream by Hunter S. Thompson
36. Slaughterhouse-Five by Kurt Vonnegut
37. Team of Rivals by Doris Kearns Goodwin
38. The Age Of Innocence by Edith Wharton
39. The Amazing Adventures of Kavalier and Clay by Michael Chabon
40. The Autobiography of Malcolm X and Alex Haley
41. The Book Thief by Markus Zusak
42. The Brief Wondrous Life of Oscar Wao by Junot Diaz
43. The Catcher In The Rye by J.D. Salinger
44. The Color of Water by James McBride
45. The Corrections by Jonathan Franzen
46. The Devil In The White City; Murder, Magic, and Madness at the Fair That Changed America by Erik Larson.
47. The Diary of Anne Frank by Anne Frank
48. The Fault in Our Stars by John Green
49. The Giver by Lois Lowry
50. The Golden Compass; His Dark Materials by Phillip Pullman
51. The Great Gatsby by F. Scott Fitzgerald
52. The Handmaid’s Tale by Margaret Atwood
53. The House at Pooh Corner by A.A Milne
54. The Hunger Games By Suzanne Collins
55. The Immotal Life Of Henrietta Lacks by Rebecca Skoot
56. The Liar’s Club; A Memoir by Mary Karr
57. Little House On The Prairie by Laura Ingalls Wilder
58. Lolita by Vladimir Nabokov
60. Love In The Time Of Cholera by Gabriel Garcia Marquez
61. Love Medicine by Louise Erdrich
62. Man’s Search For Meaning by Viktor Franki
63. Me Talk Pretty One Day by David Sedaris
64. Middlesex By Jeffrey Eugenides
65. Midnight’s Children by Salman Rushdie
66. Moneyball by Michael Lewis
67. Of Human Bondage by W. Somerset Maugham
68. On The Road by Jack Kerouac
69. Out Of Africa by Isak Dinesen
70. Persepolis by Marjane Satrapi
71. Portnoy’s Complaints by Phillip Roth
72. Pride And Prejudice by Jane Austen
73. Silent Spring by Rachel Carson
74. The Secret History by Donna Tartt
75. The Shinning by Stephen King
76. The Stranger By Albert Camus
77. The Sun Also Rises by Ernest Hemingway
78. The Things They Carried by Tim O’Brien
79. The Very Hungry Caterpillar by Eric Carle
80. The Wind in the Willows by Kenneth Grahame
81. The Wind-up Bird Chronicle; A Novel By Haruki Murakami
82. The World According Garp by John Irving
83. The Year of Magical Thinking by Joan Didion
84. Things Fall Apart by Chinua Achebe
85. To Kill A Mocking Bed by Harper Lee
86. Unbroken; A World War II Story Of Survival, Resillence, and Redemption by Laura Hillenbrand
87. The Valley Of The Dolls by Jacqueline Susann
88. Where The Sidewalk Ends by Shel Silverstein
89. Where The Wild Things Are by Maurice Sendak
90. Animal Farm by George Orwell
91. Great Expectations by Charles Dickens
92. Lord of The Flies by William Golding
93. The Grapes of Wrath by John Steinbeck
94. Crime and Punishment by Fyodor Dostoyevsky
95. The Hobbit by J.R.R. Tolkien
96. Ulysses by James Joyce
97. Dracula by Bram stoker
98. The Little Prince by Antoine de Saint Exupery
99. The Handmaid’s Tale by Margaret Atwood
100. One Hundred Years of Solitude by Gabriel Garcia Marquez 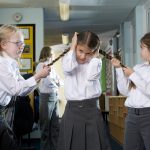 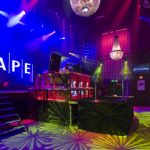