Honey is a lovely & sweet liquid food substance produced by bees and some related insects with the use of nectar from flowers, graded by color, with the clear, golden amber honey often fetching a higher retail price than the darker varieties. Bees produce honey from the sugary secretions of plants (floral nectar) or other insects (aphid honeydew) through regurgitation, enzymatic activity, and water evaporation. Honey is stored in wax structures called honeycombs. The variety of honey produced by honey bees (the genus Apis) is the best-known, due to its worldwide commercial production and human consumption. Honey is collected from wild bee colonies, or from hives of domesticated bees, a practice known as beekeeping. The flavor of a particular type of honey will vary based on the types of flower from which the nectar was harvested.

Honey gets its sweetness from the monosaccharides fructose and glucose and has about the same relative sweetness as sucrose (granulated sugar). It has attractive chemical properties for baking and a distinctive flavor when used as a sweetener. Most microorganisms do not grow in honey, so the sealed honey does not spoil, even after thousands of years. Honey provides 46 calories in a serving of one tablespoon (15 ml) equivalent to 1272 kJ per 100 g. Honey is generally safe but may have various, potentially adverse effects or interactions upon excessive consumption, existing disease conditions, or use of prescription drugs. Honey use and production have a long and varied history as an ancient activity, depicted in Valencia, Spain, by a cave painting of humans foraging for honey at least 8,000 years ago.

Honey is produced by bees collecting nectar for use as sugars consumed to support the metabolism of muscle activity during foraging or to be stored as a long-term food supply. During foraging, bees access to part of the nectar collected to support the metabolic activity of flight muscles, with the majority of collected nectar destined for regurgitation, digestion, and storage as honey. In cold weather or when other food sources are scarce, adult and larval bees use stored honey as food.

By contriving for bee swarms to nest in human-made hives, people have been able to semi-domesticate the insects and harvest excess honey. In the hive or in a wild nest, the three types of bees are:

Honey is collected from wild bee colonies or from domesticated beehives. On average, a hive will produce about 65 pounds (29 kg) of honey per year. The honey is stored in honeycombs. Wild bee nests are sometimes located by following a honeyguide bird. The bees may first be pacified by using smoke from a bee smoker. The smoke triggers a feeding instinct (an attempt to save the resources of the hive from a possible fire), making them less aggressive and the smoke obscures the pheromones the bees use to communicate.

The honeycomb is removed from the hive and the honey may be extracted from that, either by crushing or by using a honey extractor. The honey is then usually filtered to remove beeswax and other debris. Before the invention of removable frames, bee colonies were often sacrificed to conduct the harvest. The harvester would take all the available honey and replace the entire colony the next spring.

Since the invention of removable frames, the principles of husbandry lead most beekeepers to ensure that their bees have enough stores to survive the winter, either by leaving some honey in the beehive or by providing the colony with a honey substitute such as sugar water or crystalline sugar (often in the form of a “cardboard”). The amount of food necessary to survive the winter depends on the variety of bees and on the length and severity of local winters.

Honey a Remedy for;

Experts who have worked and studied honey says that it could be used for various purposes including application on skin, and also as a remedy for the following:

Honey is mainly fructose and glucose, with remaining sugars including maltose, sucrose, and other complex carbohydrates. Its glycemic index ranges from 31 to 78, depending on the variety. The specific composition, color, aroma, and flavor of any batch of honey depend on the flowers foraged by bees that produced the honey.

In diet, Honey can be used as a substitute for sugar, but note that honey can cause excess browning and moisture when baking.

Quick tips on including honey to diet;

A person’s eating pattern is important in preventing disease and achieving good health. It is better to eat a diet with variety than to concentrate on individual foods as the key to good health. Honey is still a form of sugar, so intake should be moderate. The American Heart Association (AHA) recommends that women get no more than 100 calories a day from added sugars and men no more than 150 calories a day.

This is equal to a little over two tablespoons for women and three tablespoons for men. It is recommended that infants under a year old do not consume honey. Honey may contain botulinum endospores that cause infant botulism in very young children, a rare but serious type of food poisoning that can result in paralysis.

Honey’s unique composition and chemical properties, honey is suitable for long-term storage, and is easily assimilated even after long preservation. Honey, and objects immersed in honey, have been preserved for centuries. The key to preservation is limiting access to humidity. In its cured state, honey has a sufficiently high sugar content to inhibit fermentation. If exposed to moist air, its hydrophilic properties pull moisture into the honey, eventually diluting it to the point that fermentation can begin. 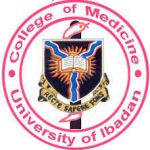 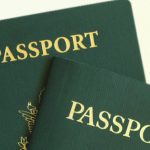 How to Apply for a Nigerian Passport (2018 Updated)