Adesua Etomi was born Tolulope Adesua Etomi on the 22nd of February. She was born in Owerri, Imo State, Nigeria to a soldier father of Esan decent and an engineer mother of Yoruba descent. Being the youngest of three children, Adesua Etomi’s biography is one that is still being written, but the young bright actress has found a way into the hearts of the fans.

Adesua Etomi attended the prestigious Corona School in Victoria Island, Lagos, where she joined the drama club at the tender age of seven. She moved on to the Queen’s College, Lagos for her secondary education and at the age of 13, she moved to the United Kingdom.

In 2004 she obtained a diploma in Physical Theatre, Musical Theatre and Performing Arts from City College Coventry. The brilliant Adesua Etomi completed these three courses in 2006 with a triple distinction and proceeded to study drama and the University of Wolverhampton, graduating with first-class honours. 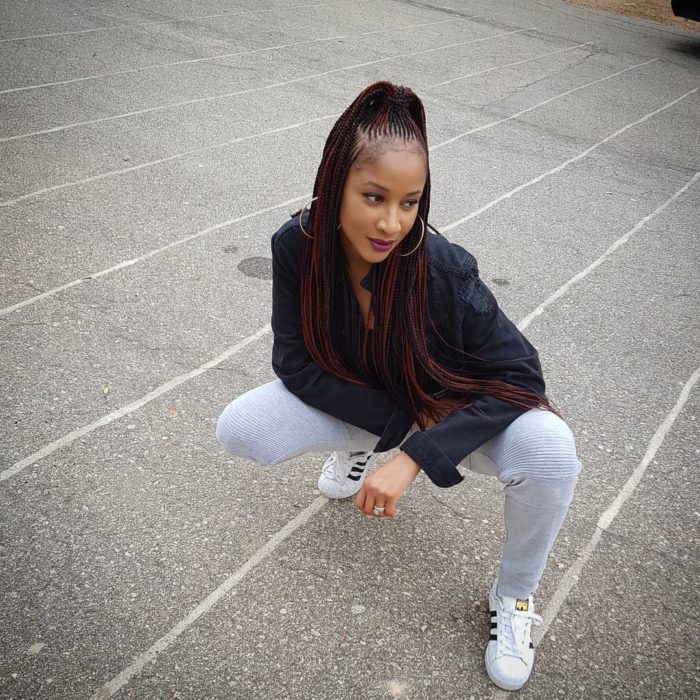 Adesua Etomi movies are nothing short of amazing. Each film shows the audience a different side to the entertainer. It keeps everybody guessing who this wonder woman really is. Prior to her Nollywood appearances, Adesua was not a newbie to acting, she had featured in many productions and stage plays in both the UK and Nigeria, before her debut on the big screen.

Among these plays are Shattered, Crystal Slipper, Saro 1 & 2, London Life Lagos Living Les Misérables, Band Aid, Anatomy of a Woman and one that got so much traction in Lagos, The Secret Lives Of Baba Segi’s Wives. Out of all of Adesua Etomi’s movies, there are two major Adesua Etomi movies that cannot go unmentioned, when elaborating on Adesua Etomi’s career.

Though her acting career in Nollywood kicked off in 2013, the movie that brought her fresh face to our screens and shot her into the limelight was a 2014 film by Emem Isong, “Knocking on Heaven’s Door”, a film which she starred in alongside Majid Michel. The second film that confirmed Adesua Etomi a public favourite was the 2016 release by stellar director, Kemi Adetiba, “The Wedding Party” which she starred as Dunni Coker alongside Richard Mofe Damijo, Sola Shobowale, Beverly Naya, Somkele Idahosa, Alibaba and Bankole ‘Banky W’ Wellington, who played the role of Nonso, the groom.

A film that is going to send chills down spines of the film industry is another film by Kemi Adetiba starring Adesua Etomi set to be released on the 26th of October 2018, King of Boys.

2012 Smooth Promotions as a Reporter/Presenter

2014 starred as Layo in Brave starred

2014 starred as Debbie in Knocking On Heaven’s Door

2015 starred as Muna in Falling

2015 starred as Lebari in A Soldier’s Story

2015 starred as Bisola in Out of Luck

2016 starred as Nina in Couple of Days

2016 starred as Dara Olujobi in The Arbitration

2016 starred as Dunni Coker in The Wedding Party

2017 starred as Dunni Onwuka in The Wedding Party 2 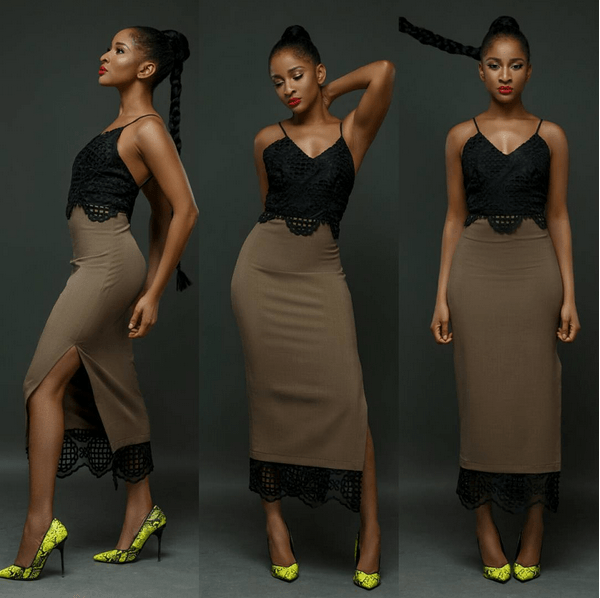 The love story of Banky W and Adesua Etomi is one written in a script. What was believed to remain an on-screen romance set Nigerian romance ablaze in April of 2017, when the couple announced their engagement, nobody even knew they were dating. With a long epistle caption on Instagram, Banky W narrated how it all started in the twitter DM. A friendship blossomed into love.

The release of the promotional photos for the film The Wedding Party had the audience thinking Banky W and Adesua Etomi secretly tied the knot. At the time, the fans did not know about the hit film coming their way in December of 2016. The film was a public favourite and the nation grew more and more in love with the pair. In February of 2017, the Banky W and Adesua Etomi love story was sealed with a proposal, however, it remained a secret until May of that same year when the pair broke the internet with the news.

All it took was an Instagram post or two from the lovebirds. It is not news who Adesua Etomi’s husband is, he is Bankole ‘Bank W’ Wellington, a well-known singer, songwriter, producer, director and record label executive, founder of EME. The couple had met a few times since 2012 but never paid much mind to each other. 2015 was the year things changed as they were both at the same industry event but were sat a distance from each other. Banky W noticed Adesua Etomi but couldn’t approach her at the time.

He told his friend he had found his new girlfriend, a prophetic joke to which they both laughed, who knew. After much investigation among friends, manager and social media about the beautiful actress, Banky W decided to slide into her DM (Direct Message). The relationship started out with them being just friends, but the talented singer knew he felt more, he respected her desires still. 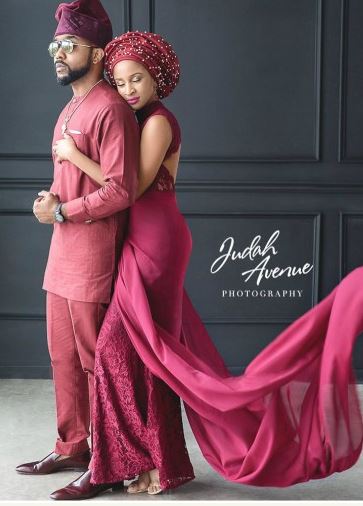 In those two years, they waxed stronger and stronger, prayed together, laughed together and cried together. Adesua Etomi acknowledged that she wished she had seen it sooner, that Banky W was her ideal man and thanked God for a man like him. In no fewer romantic words, Banky W let the world know he loves her with all his heart.

The couple’s introduction took place in May 2017 in Lagos, Nigeria, with their close friends and family in attendance. It was a burgundy affair. The wedding hashtag #BAAD2017 was by far the longest trending wedding hashtag in Nigeria and perhaps one of the most searched. The wedding was a better film than The Wedding Party, that fans couldn’t tell what was coming and when it was coming.

In November 2017, the traditional wedding took place in Lagos and with numerous celebrities in attendance. The guests attended the wedding as though it was a red-carpet event and the bride’s outfits rolled heads both online and offline. Fashion illustrators wasted no time in digitalising them.

A week later, the white wedding took place in Cape Town, South Africa on the 25th of November 2017. The ceremony was followed by a holiday in South Africa with their close friends, the fans and the media couldn’t get enough of it. 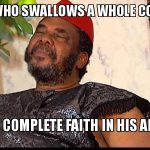