Abuja; The Capital City of Nigeria

The city Abuja during the 2006 census was recorded to have a total number of 776,298 inhabitants, which made the city one of the most populous cities in Nigeria.

Abuja has witnessed a huge influx of people into the city and as a result of that growth, it led to the emergence of satellite towns, such as Karu Urban Area Suleja, Gwagwalada, Lugbe, Kuje and smaller settlements towards which the city is expanding.

In 2016, the metropolitan area of Abuja has estimated six million persons, placing it behind Lagos, as the most populous metro area.

The city has a large and growing immigrant community comprising mainly of nationals from ECOWAS sub-region. The city has been undergoing a rapid pace of physical development over the last fifteen years.

It is also a key capital on the African continent due to Nigeria’s geopolitical influence in regional affairs.

Abuja is also a conference centre and hosts various meetings annually, such as the 2003 Commonwealth Heads of Government meeting and the 2014 World Economic Forum (Africa) meetings.

“Abuja” was in the earlier 20th century the name of the nearby town now called Suleja. The indigenous inhabitants of Abuja are the Gbagyi (Gwari) as the major language, Bassa, Gwandara, Gade, Ganagana, Koro etc. due to the ethnic and religious divisions in Nigeria, plans were devised since Nigeria’s independence to have its capital in a place deemed neutral to all major ethnic parties, and also in proximity to all the regions of Nigeria.

The location was eventually indicated in the centre of the country in the early 1970s as it signified neutrality and national unity.

Another force for Abuja came due to Lagos population boom that made the city overcrowded and conditions squalid.

Lagos was already undergoing rapid economic development when the Nigerian regime felt the need to expand the economy towards the inner part of the country, and hence decided to move its capital to Abuja. The logic used was similar to the way Brazil planned its capital, Brasilia.

Construction broke ground and was dedicated in the late 1970s but, due to economic and political instability, the initial stages of the city were not complete until the late 1980s.

The master plan for Abuja and the Federal Capital Territory. (F.C.T) was developed by International Planning Associates (IPA), a consortium of three American firms: Planning Research Corporation; Wallace, McHarg, Roberts and Todd, a division of the Hughes Organization.

The plan for Abuja defined the general structure and major design elements of the city that are visible in its current form.

The more detailed design of the central areas of the capital, particularly its monumental core, was accomplished by Japanese architect Kenzo Tange with his team of city planners at Kenzo Tange and Urtec company.

Most countries relocated their embassies to Abuja, and many maintained their former embassies as consulates in Lagos, the commercial capital of Nigeria.

The city Abuja is also the headquarters of the Economic Community of West African States (ECOWAS) and the regional headquarters of OPEC. Abuja and the F.C.T have experienced huge population growth.

It has been reported that some areas around Abuja have been growing at 20% to 30% per year. Squatter settlements and towns have spread rapidly in and outside the city limits.

Tens of thousands of people have been evicted since former FCT minister Nasir Ahmad el-Rufai started a demolition campaign in 2003.

The capital city ” Abuja” for ease and coordination of developmental efforts, the city was divided into ‘Phases’ by its planners, with the city’s development taking a common centre form with Phase 1, which consists of the city’s inner districts-Central Area, Maitama, Asokoro, Wuse, Wuse II, Garki, Garki II, Guzape and Guzape II at its core spreading out from the foot of Aso Rock, while Phase 5, consisting of the newly created Kyami District covering the vicinity of the Nnamdi Azikiwe International Airport and the permanent campus of the University of Abuja, over 40 kilometres west of Aso Rock.

Each Phase is separated from the other by an expressway (some still under construction) for instance, Phases 1 and 2 are separated from each other by the Nnamdi Azikiwe expressway, while the entirety of the city proper (Phases 1-5) are enclosed by the Murtala Muhammed (Outer Northern-ONEX and Outer Southern-OSEX) expressways as well as the Federal A2 highway which traverses the Federal Capital Territory on its way to Kaduna (north-bound) and Lokoja (south-bound).

Thus there is an integration of the city’s road network with the Federal highway network, providing access to the immediate outlying countryside and the surrounding states of the country i.e. Niger State to the west, Kaduna State to the north, Nasarawa State to the east and Kogi State to the south.

There are also sixteen districts in Phase 2.

There are eleven districts in Phase 3.

The name ” The Bank” is not the actual bank we are used to, where we do our monetary transactions, this “Bank” is a nightclub located along Aminu Kano Crescent Wuse II. The Bank is a club that has got so much class and it can be seen as one of the most luxurious clubs celebrities visit in Abuja.

The”bank” brings alive a combination of art, music, and fashion. If you are in Abuja and feel like unwinding, check out their high profile and executive lounge then The Bank is the right place as you just might catch your favourite artist dancing along with you.

The Blucabana is an exquisite restaurant and cafe. The good and broad selection of the menu is what makes Blucabana a great choice for both lunch and dinner.

This restaurant is Located in the Mabushi district of Abuja, away from the hustle and bustle of major city areas like Wuse 2 and Maitama, customers who patronize the Blucabana enjoy the feeling of being at some kind of retreat. You can come here to enjoy a business or casual lunch, a dinner or a late night weekend.

Blake Resort is a lovely place filled with so much fun, outdoor experience in a serene environment which is perfect for hanging out with friends during the day or night. It is situated at Muhammed Bello Way, Garki II, Abuja.

“The Trukadero” is a place where one can find a thrilling bowling experience to first-timers and regulars. There are lot of games to keep you busy for hours, for those who spinning a ball is not their thing, there are also a variety of billiard games, an amusement park, and a restaurant. This is one of the best places to be in Abuja. It is nestled at 131B Ademola Adetokunbo Crescent, WuseII, Abuja.

This is a lounge located in plot 130, Adetokunbo Ademola Crescent, Wuse II, Abuja, F.C.T, Nigeria. Boasting a private jet right in the middle of the lounge.

This lounge would give you the best experience you ever dreamed of.

The Secret Garden located in Riverplate Park, off Ahmadu Belo Way. This garden is the perfect outdoor spot to just relax alone or with your partner, friends and family. It really is not a mare talk that they make the best Pizza in all of Abuja. The secret garden provides a nice night view with Nigerian live bands and karaoke nights.

The kids are not left out too as there is a mini playground for them also at the Secret Garden. This place is what is called full package.

Traffic is a very popular place for every active youth or lover of beautiful places. The Traffic is located at Maitama. They provide very good services and an aura that leaves you relaxed and excited at the same time. Its tranquil setting is picturesque, with awesome choices of seating. It’s an awesome outdoor setting for fun!

This breathtaking rooftop bar is just one of the most luxurious places in Abuja. This place is the right spot to take that special one to. SkyBar Rooftop Lounge offers the coolest cuisines, a nice view, and promises of fun!!! This Lounge is located in Asokoro, Abuja.

There is no place as romantic as the Millennium park especially at night when there is a lesser crowd. The park is a perfect place to hang out with your partner and simply enjoy the view. This park is one of the most romantic picnic spots in the city. It is located in Maitama District, Abuja.

Dunes is a lovely place that will wow you. From original antiques and gift shops to quality boutiques, as well as a supermarket, pastry shop, and world-class restaurant, Dunes is simply luxury at it’s finest and peak.

Dunes is a top-notch place to be during festive periods, vacations, romantic outings or just for sightseeing. Don’t be surprised if you run into the “Kukere” crooner, Iyanya, who is the current brand ambassador of Dunes. Dunes is located at Maitama. 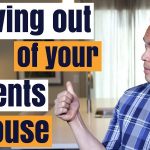 When Is The Right Time To Move Out Of Your Parent’s House? 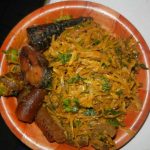 How to Prepare Abacha/African Salad