Neighbours are a big part of society. They shape a community. A neighbour can be defined as someone who lives next door to you or near you. As you have neighbours you are also someone’s neighbour. There are different types of neighbours in a neighbourhood including the ones who spend their time figuring out how to hack your wifi password. At times, the meaning of the word ‘neighbour’ may change due to context. For example, at a conference, your neighbour is the person or people sitting beside, behind or in front of you or in simpler terms, close to you. To some people, the term ‘neighbours´ reminds them of the hit film ‘Bad Neighbours’. They are right, there are bad neighbours. The type of neighbours you have your personality will determine your living experience in a neighbourhood. Neighbours can make or mar your perception of a community. When moving to a new place or living in an area, it is important to consider your neighbours and accept the fact that there are different types of people living in a community, people you may or may not like. If you live in Nigeria, know now that it is not possible to call the police about noisy neighbours. If you haven’t identified them yet, here are different types of neighbours. Which neighbour are you?

In every type of neighbourhood, there are troublemakers. You may not have found trouble with them but when trouble comes, there is a 99.9% chance that this neighbour is the centre of the whole thing. They make trouble where there is none and are always involved in altercations or conflicts. Such neighbours are common in every neighbourhood. They are well known and avoided. Whenever something involves the troublemaker, sleeping dogs are immediately left to lie. Everyone is cautious around the troublemaker because they want a trouble-free day. They are fussy people who are just bothered about everything you do. With time they become paranoid, thinking they are the subject of every whisper and their next judgement call is to confront the discussants and fight. They do not only fight, they also incite conflicts amongst others. Neighbourhood troublemakers can also be seen as catalysts.

On every street and in every neighbourhood, there is a prayer warrior. The prayer warrior keeps you up at night and they are your morning alarm. They drown your ears with the Songs of Solomon and prayers of Psalms, every word they utter is a prayer. You pray too, however, you feel your neighbour prays too much. In actual terms, a prayer warrior is someone who engages in spiritual warfare against satanic forces. In Nigeria, the term is sometimes used to describe one’s prayer life or mock them. Neighbourhood prayer warriors turn everything into a prayer, including the simplest statements. Their home is filled with prayer books and they’re on fire for God. They never miss a religious program, ever. Neither to do they fail to invite you to prayer meetings and events.

There is always that neighbour that is a gossip. They spend their time poking their nose into other people affairs and spreading it. Their conversations never fail to centre around other people’s lives. The gossip is dangerous and toxic. If you dialogue with a gossip, expect to hear your words, possibly rephrased, from other people. Neighbourhood gossip is the worst kind because that is the real big society and perception matters. No matter what you do, the neighbourhood gossip will find something to say about you. Such neighbours have every kind of tea served in the neighbourhood, in their pantry and they sip daily. They are an information and rumour house. Nigerians call them amebo, olofofo and more. They are dangerous.

Everyone has that nice neighbour that takes the niceness a bit too far. Though they say there is no such thing as being too nice, however, a certain level of niceness makes people feel uncomfortable and as though you are intrusive. It is nice to greet your neighbour when you see them and lend a helping hand if you wish too, but you can make your neighbours uncomfortable when you constantly take a keen interest in their wellbeing. An example of this is asking about the family members every time you see your neighbour, always offering to fix everything, always being present to help when something goes wrong, always paying pleasantry visits. It may sound like this neighbour is a guardian angel, however, the keyword is ‘always’. Always is sometimes annoying.

There are types of neighbours and there are certain types of neighbours. This neighbour is one nobody prays to have. In every neighbourhood, there is a borrowing neighbour. For some reason, they borrow everything, from shovels to lawn mowers to food flasks, spanners, onions, money, clothes, for all we know the house could be borrowed too. They are always borrowing and are often publicly disgraced because they fail to return items they have borrowed. When the borrower comes visiting, you hide your valuables, so they don’t ask to borrow it.

There is always that one neighbour that is just too loud. Making noise is their hobby, on a calm Sunday evening, only sounds from their home can be heard. They are either shouting at the top of their voice, playing loud audio, or having a loud gathering. They are also loud during face-to-face conversations. Everything about them screams at you and you just cannot stand it.

There is that one neighbour that doesn’t need a home because they are never home. Their house is inhabited by ghosts, bugs and cobwebs. You would think this neighbour has a home to house their belongings, however, they have the basic things they need elsewhere, they only come home to pick up things or sleep a night or two and they are off again. Such neighbours are so outgoing, they are never around. Some of this include work travels, or leisure outings. They know everyone, and everyone knows them, but you only see this neighbour once a month or sometimes, once in 3 months.

The secretive neighbour is that neighbour nobody knows anything about. They are always around and live a regular life like everyone else but are never present at neighbourhood gatherings. They do not speak to anybody and vice versa. At times you might not know this neighbour is your neighbour. They are reserved and sometimes secretive. They never give off information and they do not talk much. They don’t visit anyone, and nobody visits them either. The high fence and quiet compound is their M.O. The neighbourhood gossip has tried to crack them and often develops theories on the secretive neighbour, but they still have no solid information. 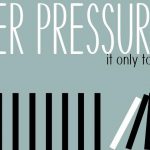 How to Deal With Peer Pressure 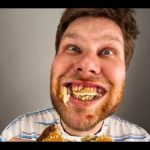 12 Dirty Habits You Need to Stop