8 Nigerian Books Everyone Should Read

There has never been a better time to be a lover of literature, the growing popularity of books has spurned these days. Either it’s the old classic my amazing mum made me read or the new ones, Nigerian literature has grown.

It’s really heart-breaking when I find someone who doesn’t appreciate literature. Books have the power to make you a time traveller taking you into the past to learn things you never witnessed, and can also take you places around the world (no visa required).

I grew up reading books, even if I didn’t like it then, but I am thankful my mum continued to push me to read the classic books that she enjoyed while in school. These books have given me an insight into our history, even better than history textbooks. I get to meet new characters (people) anytime I pick a book up. I get to see and experience different situations from another person’s eyes.

I have made a list of 8 Nigerian books everyone should read. This list includes the classics and the newbies who have found a place in my heart. These books brilliantly capture the core Nigerian experience which in the end varies for every Nigerian. The books are in no particular order.

This list is by no means conclusive, as there are many Nigerian books out there that are beautifully written and share different Nigerian experiences. I’ll try to tell you why these books made my list without giving any spoilers. You are free to include other Nigerian books you’ve enjoyed in the comment box.

This is the most popular modern African literature. This book is what I call the Nigerian Jollof rice of literature. It was written by Chinua Achebe and was first published in 1958. I can remember this books recommended to me over five times before I finally took my mum’s copy and read it.

Things Fall Apart highlights the fight between colonialism and traditional societies. It tells the story of Okonkwo a man famous in the surrounding villages for being a wrestling champion. Okonkwo was a man clinging to his cultural/traditional beliefs even in the face of change. Not being ready to change when change comes, often has dire consequences as Okonkwo finds out. This book helped me see “change” in another light. I also made me think of ways I can embrace change and development without losing my values.

The first thing I thought of when I saw this book, was Fuji House of Commotion. Both stories are a bit different, but they tell the story of a polygamous family. The Family head Baba Segi had three wives and they all happen to tolerate each other before the fourth comes along, who happened to be the educated one.

Each wife gets her turn to narrate and tell her story. The book touches on polygamy, rape, and African tradition, issues very prevalent today. If you need a book that’ll make you laugh and also touch serious issues, this book is for you.

3. The Joys of Motherhood, Buchi Emecheta

This one book I came across by chance. I happened to stumble on it when I was in SS2, it was just right on my desk and I didn’t know who dropped it there. And I am using this medium to thank the person that left it on my desk, the book was amazing.

The book takes on the role of women in the society. The basis of the novel is the “necessity for a woman to be fertile, and above all to give birth to sons”. It tells the tragic story of Nnu-Ego, daughter of Nwokocha Agbadi and Ona, who had a bad fate with childbearing.

Read this book, and I am sure you’ll appreciate women more.

Wole Soyinka is a genius of literature. He is the first African to be given a Nobel Prize in Literature. He has so many literary works, but I chose this because it’s his memoir. He tells the story of his childhood and we get to see a transitional period in Nigeria through the eyes of little Wole. From traditional Yoruba worship to Christianity, British rule to Nigeria’s independence.

5. Under the Udala Trees, Chinelo Okparanta

Under the Udala Trees is a deeply searching, powerful debut about the dangers of living and loving openly. It tells the story of Ijeoma and how her life changed at the height of the Biafran war when her father died. The book also touches homosexuality, as Ijeoma happened to fall in love with a girl from another ethnic group.

The reason this book is on my list, it’s because it touches a very sensitive topic during a sensitive time.

I had to choose between Purple Hibiscus and Half of a Yellow Sun, both by the same author and I chose Purple Hibiscus for this list. The reason is that I read both books during the same period, but I connected to purple hibiscus better, but both books are really good. The book tells the story of the Achike family through the eyes of the Kambili the only daughter in the family. The book is essentially about the disintegration of her family unit and her struggle to grow to maturity, all these during the military era.

ALSO READ  How To Make Money Online In Nigeria

This book is the Gala and Lacasera of Nigerian books. This classic book almost escaped my list, till a colleague of mine made me read it, thank God for that. The author was the 1st AFRICAN female writer and she was Nigerian. That enough should make you want to read it and also it is also themed on feminism.

The book is about Efuru, an Igbo woman who lived in a small village. Throughout the story, Efuru wishes to be a mother, though she is an independent-minded woman and respected for her trading ability. The book is rich in portrayals of the Igbo culture and of different scenarios which have led to its current status as a feminist and cultural work.

This book is Igoni Barret’s first novel and it is funny, fierce, inventive and daringly provocative. It is a modern satire that tells the story of Fury Wariboko, a 33-year-old man born and bred in Lagos. He wakes up on the morning of his job interview to discover he has turned into a white man. As he hits the city streets running, still reeling from his new-found condition, Fury finds the dead ends of his life open out before him. As a white man in Nigeria, the world is seemingly his oyster – except for one thing: despite his radical transformation, Fury’s ass remains robustly
black. 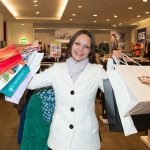 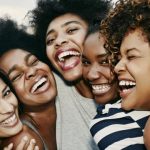 12 Things All Single Ladies Do