Raven-Symone was one of the greatest Disney Stars in the 90s and early 2000s. Born Raven-Symoné Christina Pearman on December 10, 1985, in Atlanta Georgia, USA, Raven is an American actress, singer, songwriter, model, television personality, dancer, rapper and producer. She first appeared on television in 1989 on The Cosby Show as Olivia Kendall. Raven stunned television with her performance in the hit sitcom “That’s So Raven” and movies like The Cheetah Girls, Cheetah Girls 2, Dr. Dolittle, Dr. Dolittle 2, Hanging with Mr. Cooper and more. She was the favourite Disney star of every 90’s baby, one of today’s kids will never know.

Hilary Duff was born on September 28, 1987. She is an American actress, singer, songwriter, businesswoman, and author. Duff began her acting career at a young age and quickly became a teen idol as the title character of the Disney Channel television series Lizzie McGuire (2001–2004) and in the theatrical film based off the series, The Lizzie McGuire Movie (2003). Hilary Duff wasn’t just a Disney star, she was and is also a musician. During her Disney reign, she starred in hit films like Cheaper by the Dozen, Cheaper by the Dozen 2, A Cinderella Story and Agent Cody Banks.

Miley Cyrus is one controversial Disney star. Born Destiny Hope Cyrus on November 23, 1992 is an American singer, songwriter, and actress, Miley rose to fame when she starred as the Miley Stewart in popular series, Hannah Montana. The show and brand landed her numerous other roles in movies. Prior to Hannah Montanna, Miley played minor roles in the television series Doc and the film Bi­g Fish in her childhood. With a fast-rising music career at the time, Miley Cyrus showed the fans and the industry another side of her in 2010 film, The Last Song.

Ashley Michelle Tisdale was born on July 2, 1985. She is an American actress, singer, and producer. During her childhood, Tisdale was featured in over 100 advertisements and had minor roles in television and theatre. She achieved mainstream success as Maddie Fitzpatrick in the Disney Channel series The Suite Life of Zack & Cody. This success was heightened when she starred as Sharpay Evans in the High School Musical franchise. Her ability to act broke and easily act like a spoilt brat is what won the kids of that era.

Lalaine Vergara-Paras known magnanimously as Lalaine was born June 3, 198,7 in Burbank, California. and she is an American actress, singer and songwriter. She is best remembered for her role as Miranda Sanchez on the Disney Channel teen sitcom Lizzie McGuire, which ran from 2001 to 2004. Her other most notable appearances include the television film Annie (1999) and as Abby Ramirez in the Disney Channel Original Movie You Wish! (2003). Though her name won’t ring many bells, however, her face does.

Kyle Orlando Massey is an American actor, rapper, and singer from Atlanta, Georgia. Born August 28, 1991, he starred in the Disney Channel sitcoms That’s So Raven and its spin-off Cory in the House, in which he played Cory Baxter. Massey starred in the Disney Channel Original Movie Life Is Ruff. Massey has released several rap songs for Walt Disney Records and Hollywood Records. He provided the voice of Milo in the Disney animated series Fish Hooks and was the runner-up on the 11th season of ABC’s Dancing with the Stars. He is the younger brother of actor Christopher Massey.

Adrienne Bailon just like everyone else on this list, is a singer, songwriter and actress, she was born October 24, 1983, in Manhattan, New York. Bailon went from mean girl to amigas cheetahs. The beautiful actress has starred in other hit films and is one of the Disney stars today’s kids will never know.

The Jonas Brothers were an American pop rock band. Formed in 2005, they gained popularity from their appearances on the Disney Channel television network. They consist of three brothers: Kevin Jonas, Joe Jonas, and Nick Jonas. Popular for their music, the brothers were raised in Wyckoff, New Jersey. Their acting debut came with Camp Rock and TV series, Jonas which was later rebranded as Jonas L.A. 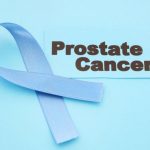 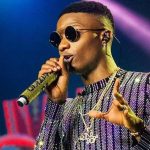