Yoruba Movies have evolved from what they used to be, low budget home videos to what they are now, improved quality, box office movies. The Yoruba language is unique to the Yoruba region of Nigeria and these films often depict Yoruba culture and heritage, in both ancient and modern times. There are so many creatives in the Yoruba film industry, so many that there are new Yoruba movies every week. These films are incomplete without what we call funny Yoruba subtitles. The English subtitles are usually funnier than the Yoruba script itself.

This industry has sparked a lot of sensation over the poor remuneration of its actors and difficulties for Yoruba actors to get roles in English movies. This has resulted in some actors going abroad in search of greener pastures. This con is fast changing as veteran actors and producers are putting in much efforts to produce and provide more for the audience and other creatives. Over the years the Yoruba film industry has produced classics featuring, Joke Silva, Olu Jacobs, Funke Akindele, Hafeez Ayetoro, Odunlade Adekola, Bukky Ajayi, Idowu Philips, Baba Suwe, Femi Adebayo, Saeed Balogun, Fathia Balogun and more.

Amidst the pits of the Yoruba film industry, it never fails to thrill the audience both home and abroad. Yoruba films touch all societal topics without censoring. They impart key life lessons in an interesting way. As exaggerated as some of the actions may be, we still love Yoruba films and watch some of them on YouTube. Throughout the industry’s some classic Yoruba films still stand out.

Here are six of the best Yoruba movies.

Taxi Driver: Oko Ashewo, also known as just Taxi Driver or Oko Ashewo, is a 2015 Yoruba, dark comedy thriller by Ayobami Macaulay and directed by Daniel Oriahi. It stars Odunlade Adekola, Femi Jacobs, Ijeoma Grace Agu and Hafeez Oyetoro. This film tells the tales of working at night, especially as a taxi driver. The taxi driver comes across all forms of powers and principalities in his lifetime, especially in Lagos. Taxi Driver: Oko Ashewo narrates the story of Adigun played by Femi Jacobs, a 31-year-old naive village mechanic who comes to Lagos for the first time after the sudden death of his estranged father, who was a taxi driver. Taiwo (Odunlade Adekola), his father’s fellow taxi driver helps Adigun to move around Lagos city and get used to the streets. Adigun is forced to cope and deal with the odd people he meets while working at night; from Delia (Grace Ijeoma Agu), a prostitute, to Kakanfo (Hafeez Oyetoro), the unseen vigilante, and to the notorious assassins called “three wise men”. This film shines the light on significant yet overlooked member of the Yoruba community, the taxi driver, in a creative and comedic manner.

Saworoide is a 1999 film directed by Tunde Kelani and released through Mainframe Films and Television Production. Saworoide centers on the setting of an old Yoruba norm in the town of Jogbo where a person cannot be coronated without the saworoide being played by the right person. Saworoide in English means talking drum or brass bell. This film was a breakthrough film in the Yoruba industry. Starring Kunle Afolayan, Bukky Wright, Kunle Bamtefa, Khabirat Kafidipe, Ayantunji Amoo, Kayode Olaiya, Yemi Shodimu, Kola Oyewo and Lere Paimo, Saworoide is old but gold.

Maami is a 2011 Yoruba drama produced and directed by Tunde Kelani. It is based on a novel of the same name, written by Femi Osofisan. The film was adapted to screen by Tunde Babalola. The film is set two days before the World Cup and tells the story of Kashimawo played by Wole Ojo, a promising soccer player who comes to terms with the agonies of his childhood, poverty, struggle and unconditional love of his maami (mother), played by Funke Akindele and estranged father. This Yoruba film also stars Olumide Bakare. Maami makes the list as a Yoruba classic film because it navigated off the usual Yoruba movie narrative, offering the audience something fresh and creative. A story everyone can relate to, the struggles of a mother. This movie also pioneered quality sound, picture and cinema viewing in the Yoruba film industry.

Pepeye Meje is a 2017 Yoruba drama starring Odunlade Adekola. This movie centers around a carefree youth corp member (Odunlade Adekola), who selfishly steals and eats the seven ducks (pepeye meje) of an aged woman, causing her pain. Unknown to the corp member, the old woman places a curse on him. This curse manifests in his life years later through his child. His child’s inability to atone for her father’s sins causes her to lose her life. This film makes it to our list because of the brilliant plot twist and tragedy. The story is engaging and filled with suspense. The film also stars

Jenifa is a 2008 Yoruba comedy-drama starring Funke Akindele. The film received 4 nominations at the Africa Movie Academy Awards in 2008. The film is one of the largest to come out of the Yoruba movie industry, a breakthrough for Funke Akindele and other actors. The film centered on Suliat, a village girl from Ayetoro who gains admissions in the university, wishes to belong but struggles with her unexposed self. This film perfectly depicts the tales, trials, and adventures of the typical Jonny Just Come (JJC) in a tertiary institution where most students live in the fast intimidating lane and deal with cultists. This movie also stars Eniola Badmus, Iyabo Ojo, Odulade Adekola, Adebayo Salami, Mosunmola Filani and Ronke Odusanya.

Mufu Olosha Oko is a Yoruba film that is based on a true-life story. Mufu, played by Odunlade Adekola, is a notorious armed robber, causing mayhem in the community but yet helping the needy. A Yoruba Robbin Hood, Mufu is spiritually fortified to the extent that no weapon can work on him, all attempts by the police to apprehend him have been futile. Mufu is invincible. The brilliance of Odunlade and supporting cast in this film is what makes it stand out. The ability to adapt the true story and the use of a beautiful soundtrack to convey the emotions of the film is what we love about it. This film also stars Bimbo Oshin, Toyin Aimakhu, Kunle Afod, Peju Omobolanle, Jide Kosoko and others.

With Yoruba films, it is sure that you will be entertained and thrilled. A different storyline each time, these movies are becoming deeper than before, exploring the Yoruba culture as it evolves over time. Yoruba film is an art of its own. 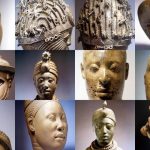 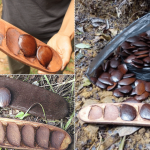