5 Nigerian Heroes Heroines and their Achievement

Nigeria as a country has passed through times of trials, times which cannot be recounted without mentioning notable names of some certain heroes and heroines. These popular Nigerian nationalists were freedom fighters in shaping Nigeria from independence and to the country which we live in. These heroes in their fight to liberate their people made their mark on Nigerian history and can never be forgotten.

These are 5 Nigerian Heroes/ Heroines and their Achievement.

Nnamdi Azikiwe, popularly called ‘Zik’ was a legend. He was the first premier of Eastern Nigeria and in 1960, he went on to become the first president of Nigeria. Nnamdi Azikiwe was an advocate of Nigerian and African Nationalism as a journalist and a politician. Azikiwe was a prominent journalist who never failed to bring to light African sufferings. He also co-founded the National Council of Nigerians and Cameroons (NCNC), alongside Herbert Macaulay. He played an integral role in the fight for independence. Zik has a university named in his honour in Anambra state. A hero, Nnamdi Azikiwe adorns the five hundred naira note.

Funmilayo Ransome-Kuti was a teacher, political campaigner, women’s rights activist and mother to the great Fela Anikulapo Kuti. She was the first woman in Nigeria to drive a car, and she fought for women’s right to vote. Described as the Mother of Africa, Chief Funmilayo Ransome-Kuti is celebrated as one of the foremost leaders of her generation. She played a big role in the fight for independence. In the days of activism by herself and Fela, she withstood military oppression including being thrown down from a story building.

Chief Obafemi Awolowo began his political career as a nationalist in the Nigerian Youth Movement (NYM). He was an active advocate for independence and played a key role during the first, second republics and civil war. Awolowo was the first Premier of the Western Region and leader of the opposition party. Chief Obafemi Awolowo premiered free education in the western region upon independence. In 1959 the first television station Western Nigerian Television (WNTV), was also founded by this hero. Awolowo was the first individual in the modern era to be named Leader of the Yorubas. In 1949 Awolowo founded the ‘Nigerian Tribune’, the oldest surviving private Nigerian newspaper, which he used to spread nationalist consciousness among his fellow Nigerians.

Fela Kuti was the legendary afrobeat genre pioneer. Fela was more than a musician, he was an activist and a political maverick, the voice of the oppressed. Fela thrilled nations with his music such as ‘Zombie’ ‘International Thief Thief (ITT), which spoke the truth and shook tables on which corruption stood on. Due to this, he along with his wives and some children were regularly oppressed, beaten and arrested by the military. Fela is the father or African afro music as his sound has influenced and still influences music today. Fela founded the Kalakuta Republic which served as a recording studio and home to those associated with his band. Since his death, the Afrika Shrine still stands, and his home has become a museum of the great Legend. His is honoured till date annually with the Felabration festival. 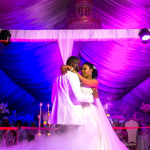 20 Songs To Play At Your Nigerian Wedding 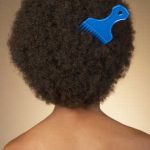