Expensive cars extend beyond the regular Ferraris and Range Rovers you see on the road and in the movies. Sometimes you wonder which car really is the most expensive car in the world. Automobile design and engineering is a whole industry of art on its own. In this industry, great imaginative minds try to change the way people perceive cars. Cars could be so much more. Some of the most expensive car brands like Rolls Royce, Mercedes Benz, Lamborghini, Ferrari and more, produce amazing cars that cost more than homes. The luxury is truly undefined as these cars are on the list of 10 cars more expensive than jets. For a regular person, it could be a waste of money, but for every engineering and automobile enthusiast, this is collectable heavenly art.

Here are the 5 most expensive cars in the world.

The Rolls-Royce Sweptail is a one-off large luxury car made in the United Kingdom by Rolls-Royce Motor Cars. This bad boy was debuted in May 2017 at the Concorso d’Eleganza Villa d’Este event as the most expensive car in the world, costing a whopping $12.8 million. The director of design at Rolls-Royce Motor Cars, Giles Taylor, described the Sweptail of a machine as “the automotive equivalent of haute couture”. Some may ask why so expensive. It is that expensive because the Rolls-Royce Sweptail is hand-built and inspired by coachbuilding of the 1920s and 30s. Believe it or not, the Sweptail was commissioned as a bespoke piece in 2013. It was commissioned as a one-off automobile, at the request of a super-yacht and aircraft specialist who had a unique idea in mind. This car is one of one.

The Maybach Exelero is another one-off high-performance sports car made by German manufacturer Maybach–Motorenbau GmbH which is a subsidiary of Daimler Chrysler. The machine was produced in 2005 and unveiled at the Tempodrom in Berlin that same year. The Maybach Exelero is a collaboration between Maybach and Fulda, a German subsidiary of Goodyear, to test their new tire range. is powered by a twin turbo V12 engine made by Maybach and mounted at 60 degrees. Each cylinder has 3 valves, and a compression ratio of 9.2:1. The engine produces 700 PS (690 hp; 510 kW) at 5000 rpm and 752 ft⋅lb (1,020 N⋅m) of torque at 2500 rpm. This supercar has a top speed of 218 mph (350 km/h) and a 0-62 mph (0-100 km/h) acceleration time of 4.4 seconds. Its features also include alloy wheels with diameters of 23 inches at the front and the rear. The tires are Fulda Carat Exelero with codes of 315/25 ZR 23 for both the front and rear. The brakes are vented discs at the front and rear, and the car comes equipped with ABS. The dark and red leather interior wash achieved using neoprene, glossy black carbon fibre, and aluminium accents. It has sports seats with red harness-style seatbelts. Every exotic driver’s dream. The car was featured on the popular TV show, Top Gear and was reportedly purchased by famous rapper Birdman, for $8 million

The Lamborghini Veneno is a limited production sports car based on the Lamborghini Aventador and was built to celebrate Lamborghini’s 50th anniversary. This simply means the car costs a lot of dollars. This engineering Picasso was introduced at the Geneva Motor Show in 2013. At the introduction its price was at of $4.5 million USD, making the machine one of the most expensive cars in the world. The Lamborghini Venono has a prototype, Car Zero, which is finished in grey and spots an Italian flag vinyl on both sides of the automobile. The engine is a development of the Aventador’s 6.5 L V12 and produces 750 PS (552 kW; 740 bhp) at 8,400 rpm and 690 N⋅m (509 lb⋅ft) of torque at 5,500 rpm. Part of its luxury comes from the fact that there are just five examples of the Veneno: One for factory testing (dubbed car number Zero), one retained for the factory and three cars for customers. The chances of seeing someone else driving the same car as you is almost impossible. The Lamborghini Veneno has a top speed of 221 mph (356 km/h) and has a 0–60 mph (0–97 km/h) acceleration time of 2.8 seconds. The car has a braking distance of 30 m (98.0 ft) from 60–0 mph (97–0 km/h) and produces 1.41 G while cornering. With a weight to power ratio of 1.93 kg (4.25 lb) per horsepower, this bad girl is worth every cent.

The Lykan Hypersport is a Lebanese and of course, limited production sports car manufactured by W Motors, a company based in the United Arab Emirates W Motors was founded in 2012 in Lebanon with the collaboration of Lebanese, French and Italian engineers. The Lykan Hypersport holds the historical record of being the first sports car ever produced indigenously in the Middle East. The first pre-production Lykan Hypersport was unveiled to the public at the Qatar Motor Show in February 2013. This luxurious car has just seven units in existence. At a whopping $3.4 million USD, the Lykan Hypersport was the third most expensive production car at the time of its production. The Hypersport is the first car to have headlights with embedded jewels; they contain titanium LED blades with 420 diamonds (15cts). Buyers have a range of rubies, diamonds, yellow diamonds, and sapphires they can select from, which can and will be integrated into the vehicle’s headlights at purchase based on the colour choice. The car also makes use of a holographic display system on the centre console with interactive motion features, as well as gold stitching on the seats. The Lykan Hypersport screams Arab money, no wonder it was featured in the seventh part of popular movie series, Fast & Furious 7 and numerous video games. 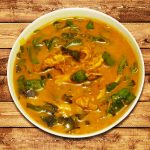 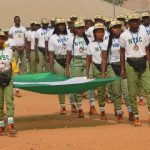