Women are the epitome of beauty. Today we celebrate international women’s day by showing you some of the most popular beautiful women in Nollywood and they are just too many. Every woman is beautiful.

These are 20 Most Beautiful Nigerian Actresses

Genevieve Nnaji is a Nigerian Actress born 3 May 1979. Genevieve is one of the pioneer actresses of Nollywood, winning awards and recognized worldwide. Genevieve is a household name and is often said to be the best actress in Africa. With dazzling beauty, Genevieve is a mother to a beautiful girl and hasn’t aged a bit over the years.

Omotola Jalade Ekeinde, popularly called Omo Sexy, is a beautiful actress and singer. The talented mother of four was born 7 February 1978. Omotola is the first Nigerian actress to star in her own reality show. having been awarded and recognized worldwide for her great contributions to Nollywood, Omotola was once listed as one of the top 100 most influential people in the world. Asides being commended for her efforts in film, she is a humanitarian.

Ini Dima-Okojie is the aso-ebi queen. Beauty and brains Ini obtained a degree in International Relations from the prestigious Covenant University and was formerly an Investment banker before switching to the film industry. The enchanting Edo actress is known for her amazing acting skills, beauty and style.

Tolulope Adesua Etomi is a flower with many petals. Born 22 February in Owerri, Imo State, she is one of the budding faces in Nollywood. Adesua made her debut in 2012, playing a lead role in ‘Knocking on Heaven’s Door’. Adesua cannot only act, she also has the voice of a nightingale. She obtained a diploma in Physical Theatre, Musical Theatre and Performing Arts from the City College Coventry and a degree in Drama and Performance from the University of Wolverhampton where she graduated with first-class honours.

Joke Silva is a veteran actress known for her captivating roles in any movie she features in. Joke was born 29 September 1961 and is a graduate of the University of Lagos and Webber Douglas Academy of Arts, London. Joke Silva made her film debut in the 90s and has starred in movies outside of Nollywood. Her amazing performances have made her a household name. She is a United Nations goodwill ambassador and a role model to all women and young girls.

Beverly Ifunaya Bassey was born 17 April 1989 in London. An only child to her parents Beverly is a damsel and is known for her amazing performances in various films, one would say she plays the antagonist best. Beverly studied Physiology, Sociology and Psychology at Brunel University. She then went on to study Script-Writing and Film-Making at Roehampton University.

Popularly called DSF, Dorcas Sola Fapson is a beautiful woman, born and raised in North London. With a degree in criminology, Dorcas moved back to Nigeria to pursue her passion for acting. Dorcas rose to fame for her role as Sophie in MTV Base’s hit series ‘Shuga’. Dorcas is not just an actress she is also an amazing host and VJ.

Nse Ikpe Etim was born in 1974 and came into limelight in 2008 for her role in reloaded. The gifted performer is known to have the ability to play diverse roles perfectly which is evident in her performances in ‘Phone Swap’, ‘The Meeting’ ‘The Visit’ and ‘Fifty’. Nse is a graduate of the University of Calabar with a degree in Theatre Arts.

Adunni Ade was born in Queens, New York and is the fairest of them all. This beautiful actress is known for how well she embraces her Yoruba heritage in her performances, defying the odds and breaking from the stereotype often placed on actresses of mixed race and diverse backgrounds. Adunni is a graduate of the University of Kentucky with a degree in Accounting. She worked in housing and insurance industry in the US before switching to entertainment.

Somkele iyamah-Idhalama is a beautiful actress and model born in Delta state. Known for her role in Gidi-Up, The Wedding Party, and Arbitration, Somkele is making her mark in film, fashion and beauty. A serial woman crush Wednesday, Somkele is a captivating performer. She is also a graduate of the McMaster University, Canada.

Omoni Oboli is an actress, scriptwriter, director, producer and a trained digital filmmaker at the New York Film Academy. A veteran in her own right, Omoni was born April 22, 1978. A proud mother of three boys, Omoni Oboli is an advocate for women’s rights. Heavily awarded for her work, this star is also a philanthropist.

Dakore Egbusan-Akande is an ambassador for Amnesty International, Amstel Malta and Oxfam of America. Dakore was born in Bayelsa state and has built a career in Nollywood over time. Though she took a break shortly before and after getting married, Dakore made a huge comeback and is not leaving your screen anytime soon.

Rita Dominic a thrilling, multi-award-winning actress and entertainer. With a BA degree in Theatre Arts from the University of Port Harcourt, Rita has entertained nations for years and is a veteran. Rita Dominic is known for her commitment to her film characters, style, beauty and ability to manage her private life.

Tonto Dike was born June 9, 1985. She is an actress, singer and philanthropist with a heart of gold. Tonto shot into limelight for her role in the controversial movie ‘Dirty Secret’. She ventured into music releasing singles ‘Hi’ and ‘Its Ova’ and was also signed to BD Records in 2014. Tonto Dike is a Graduate of Rivers State University of Science and Technology with a degree in Petrochemical Engineering.

Iretiola Doyle is a graceful actress with so much zeal. Ireti obtained a degree in Theatre Arts from the University of Jos. Iretiola’s career spans over two decades and is an accomplished writer, actor, producer and presenter.

Kehinde Bankole rose to fame for her role in Super Story in 2007. Kehinde is an actress, model and presenter. She made her debut in entertainment in 2003 as a participant in the Miss Commonwealth Pageant. Kehinde Bankole is an amazing actress and great to watch.

Funke Akindele a.k.a Jenifa is one of Africa’s greatest jewels in the film industry. She is the creator of the hit series Jenifa’s Diary, a role which debuted 10 years ago as Jenifa, a popular Yoruba film. Funke has an OND in Mass Communication from now Moshood Abiola Polytechnic in Ogun State and a Law degree from the University of Lagos. Funke Akindele has numerous endorsement deals and awards to her name and runs an NGO called The Jenifa Foundation.

Oluwadamilola Adegbite was born in 1985. She is a Nigerian actress, model, and television personality. She rose to fame with the role she played as Thelema Duke in the soap ‘Tinsel’. Damilola has a degree in Business Administration from Bowen University, Iwo, Osun State.

Mercy Johnson-Okojie hails from Okene in Kogi State. She rose to fame after her role in the hit film ‘The maid’. The curvaceous actress has thrilled the screens since 2004 and is a professional in her field. The multi-award-winning actress is a mother of three and a role model to women.

Osas Ighodaro Ajibade is a Nigerian actress, host and humanitarian. She won the Miss Black USA Pageant in 2010 and founded The Joyful Joy Foundation. This Edo beauty rose to fame for her role ‘Danni’ in soap opera ‘Tinsel’. Osas obtained a Bachelor ’s degree in broadcasting journalism with dual minors in entrepreneurship and theatre from Pennsylvania State University and a master’s degree in fine arts from the Actors Studio Drama School at Pace University. 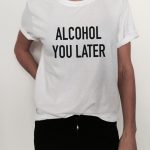 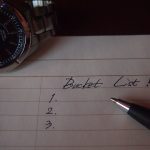