Apple cider vinegar is made by crushing apples and squeezing out the liquid. Bacteria and yeast are then added to it to induce fermentation, the sugars are turned into alcohol. In the second fermentation process, the alcohol is converted into vinegar by acetic acid-forming bacteria (acetobacter). Acetic acid and malic acid give vinegar its sour taste. Whereas people are more familiar with white vinegar, ACV has numerous used too. Rather than letting it waste away on your shelf, apple cider vinegar can be used for other things.

As surprising as it sounds, apple cider vinegar is effective for curing hiccups. The vinegar overstimulates the nerves in the throat responsible for spams, thus cancelling out hiccups.

A sore throat is caused by germs and other bacteria. These bacteria cannot survive the acidity of the vinegar hence, gargling with diluted apple cider vinegar from time to time through the day can help get rid of sore throats. The vinegar must be diluted because it is very acidic and can cause throat burns if consumed undiluted.

Apple cider vinegar is an active preservative and is often used as a pickling agent. This is so because the acidity of the vinegar deactivates enzymes and kills bacteria responsible for spoilage. The food can stay preserved for a long time.

As the name implies, vinaigrettes need vinegar. Apple cider vinegar is a common vinegar ingredient used in making salad vinaigrette which is a form of food dressing. It gives the vinaigrette an acidic yet sweet taste.

Apple cider vinegar is a popular marinade ingredient. ACV can be used to marinade foods especially steak. This gives it a sweet and sour taste. Combined with soy sauce, garlic, ginger and other spices, you can create heavenly flavours in your food.

Apple cider vinegar is also used as a skin remedy. It is often diluted in one-part vinegar to 2 parts water. If you have sensitive skin, you’d want a more diluted solution. This helps to get rid of dark spots and even out the skin tone.

Apple cider vinegar is an easy fruit fly trap. Fruit flies can be pest however, you can trap them by placing a cup of apple cider vinegar and adding drops of dish soap, so the trapped flies sink to the bottom.

It is possible to have pesticide residue on fruits and vegetables you buy from the market. Apple cider vinegar is often used to wash these food items because it is believed it will wash off more of the chemicals on the fruits than water would.

Adding apple cider vinegar to water used in boiling eggs will have your eggs boil at a better consistency. This is because eggs boil better and faster in more acidic liquid. When poaching eggs, it is more desirable when the egg whites form up quickly so as to maintain the shape of the egg, the presence of apple cider vinegar speeds up the coagulation of egg whites.

Dandruff develops as a result of yeast growth on the scalp. Applying apple cider vinegar and water solution to your scalp during your hair wash routine. Apple cider vinegar changed the pH of the scalp, making it harder for the yeast to grow. Regular application of this solution will yield better results. 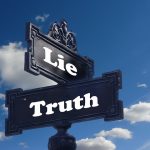 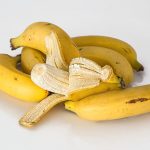